The Aurangabad bench of the Bombay High Court in its order dated January 07, 2023 quashed a cruelty case under Section 498A of Indian Penal Code (IPC) against a woman judicial officer who was dragged to court by her brother’s wife.

Calling out the false case filed by the complainant woman, the division bench of Justices Anuja Prabhudessai and RM Joshi said that ‘bruised’ reputation of a person cannot be restored even after judicial reprieve.

Mrs Vrushali Jayesh Kore (applicant), who happens to be a judicial officer, was booked under Sections 498A, 323, 504, 406, 506 read with Section 34 of the Indian Penal Code and Section 3 of the Dowry Prohibition Act in June 2019. Kore, who is married and living separately at a different residence with her husband, moved the High Court for quashing the ‘false’ case by brother’s wife against her.

The marriage between respondent No. 2 (wife) and the brother of the applicant was solemnised on April 19, 2019. Respondent No. 2 left the matrimonial home on June 7, 2019. She lodged First Information Report (FIR) on November 12, 2019 against her husband, his parents and applicant (Vrushali Kore) herein alleging that they had subjected her to physical and mental cruelty within the meaning of Section 498-A of the Indian Penal Code.

The complainant had accused her sister-in-law of mental and physical cruelty. In the FIR, the allegations levelled by brother’s wife against the applicant read as below:

Going through material evidences on record, the bench held that the FIR was a classic example of roping in family members of the husband under Section 498-A to settle personal scores with the husband. The bench said,

The unfounded proceedings, qua the applicant, need to be quashed to prevent the abuse of the process of the Court, to protect the right of the applicant and thus to secure the ends of justice.

Elaborating on right to reputation and dignity, the bench remarked,

The right to reputation and dignity of an individual is held to be an integrated part of Articles 21 and 19(2) of the Constitution.

Therefore, it is imperative for the Court in fit cases, to safeguard and protect the rights of every person subjected to such litigation and prevent misuse of criminal process for personal vendetta.

Quashing the said FIR and the subsequent proceedings, the bench concluded,

The First Information Report prima facie reveals that there is rift in marital ties between the respondent No. 2 and her husband, the brother of the applicant herein. The applicant has been dragged into the matrimonial dispute. 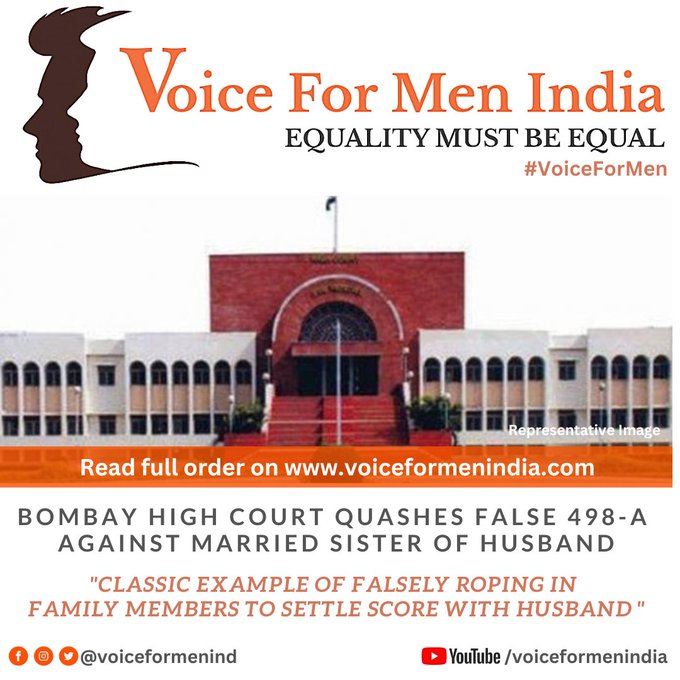