One more case of #HusbandSuicide has been reported from Greater Noida, where a young man ended his life blaming harassment from wife and in-laws.

Sadly the victim husband chose his anniversary day to take this extreme step.

Praveen Bhati (35), a resident of Dalelgarh village, got married to Aanchal, resident of Haryana, exactly two-years ago on December 11, 2020. In fact, his brother Sachin is married to Aanchal’s sister Kaajal. According to Sachin, behaviour of both sisters was aggressive from day one, which led to several fights at home.

Sachin has accused Aanchal and her family of threatening to implicate them in false dowry harassment cases.

On December 11, 2022, which happened to be his second wedding anniversary, Praveen hanged himself leaving a suicide note which accused his wife and in-laws of harassment. Praveen has named his wife Aanchal, her sister Kaajal, mother-in-law Anita, brother-in-law Vansh and wife’s cousin Sumit of harassing and driving him to suicide.

After getting the information, the police team reached the spot. The police has sent the victim’s body for postmortem and started investigation.

Sachin Bhati has given a complaint to the police against his sister-in-law Aanchal, his mother-in-law and his brother-in-law. Police has arrested the wife and mother-in-law in the matter. 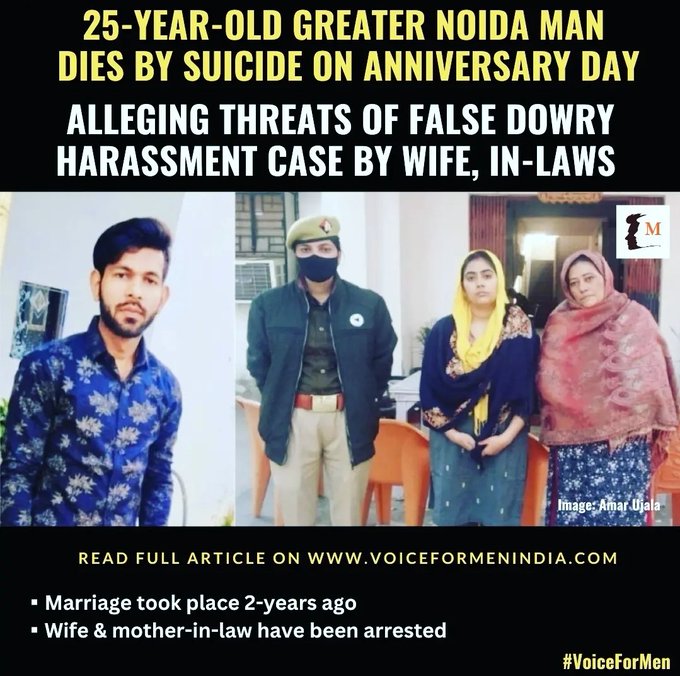