by Team VFMI
in CRIME HAS NO GENDER, DOMESTIC VIOLENCE, IN THE NEWS, MURDER, NON TIER-I CITIES
0

NCRB reports Crimes Against Women, but there is no specific category to report Crimes Against Men – by Women. Result – Feminists keep demanding more and more laws favouring the perceived ‘weaker gender’, while men are cornered to the other extreme with no means of justice.

In a horrific case reported from Lucknow in Uttar Pradesh a woman murdered her senior citizen husband in order to claim his pension money. The man had retired as a teacher in 2008.

Rampadarath Verma, 78, had worked his entire life as a teacher. Last week, he was brutally killed by his wife Shanti Devi who slit his throat. The matter has been reported from Katria village under the Ibrahimpur police station area of Ambedkar Nagar in Uttar Pradesh.

After slitting her husband’s throat, the wife tried to end her life by consuming poison.

Rampadarath Verma retired from primary school at Fatehpur in 2008. On Friday morning, he along with his wife Shanti Devi had reached the bank to withdraw his pension.

During this time, the wife insisted on taking pension money. However, Rampadarath Verma refused to give her the full pension sum and said that he would give her only the amount that she required. The wife got angry at this.

According to the report, there was a dispute between the two for a long time.

It is alleged that at around 11 pm on Friday night, Shanti Devi, who was sleeping after having food, got up and killed her husband by slitting his throat with an axe. After this, she herself tried to die by suicide by consuming poison. The police reached the spot and sent the body to Akbarpur for post-mortem.

The accused wife, who tried to die by suicide after consuming poison was sent to the hospital for treatment.

Ibrahimpur Station House Officer Pradeep Singh said that no complaint has been given by the family members in this case so far. He said the police are taking action. 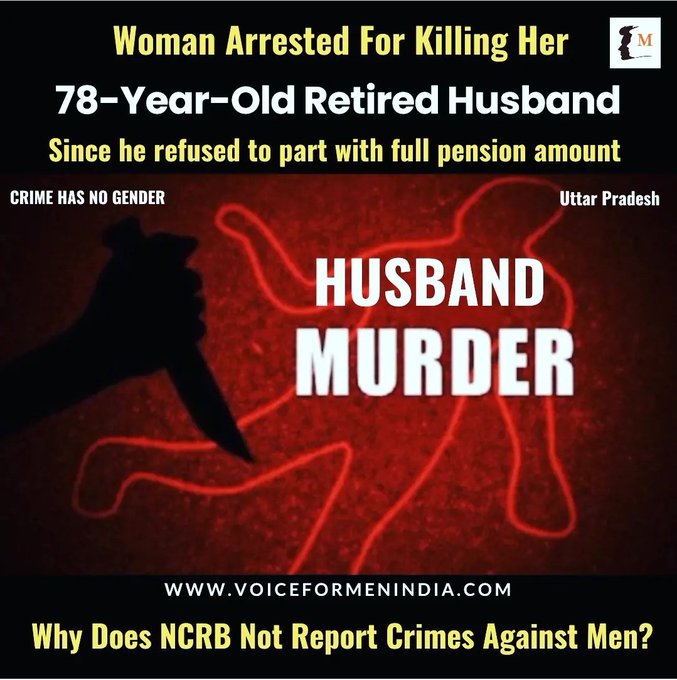