Irretrievable Breakdown In Marriage: Grounds For Divorce (Representation Image Only)

Matrimonial Laws in India are a lifelong trap for Husbands, unless High Court or Supreme Court comes to your rescue. This process may take a minimum of 5-10 years after filing of divorce petition…and totally dependent on the will of the Judge.

Currently, Irretrievable Breakdown in Marriage is NOT a ground for divorce and several husbands are fighting against frivolous ego battles of their estranged wives since decades.

The Punjab and Haryana High Court in its recent order has dissolved a marriage terming it as ‘dead’ since the couple has been living separately since long. The Bench observed that the Husband was subjected to Cruelty by Wife after marriage, as she incessantly filed complaints against him and his family.

Parties have been living separately since January 2015. The High Court Bench was hearing the husband’s appeal under Section 13 of the Hindu Marriage Act for the dissolution of their marriage, against the judgment and decree dated July 22, 2019, passed by Panchkula Family Court Principal Judge, which had refused to grant divorce.

The Bench of Justice Ritu Bahri and Justice Meenakshi I Mehta analysed the number of years of separation between the estranged couple and observed,

The parties are living separately since January 26, 2015, for the last more than seven years. Therefore, their marriage can safely be termed as a dead marriage.

Referring to the facts and the circumstances of the matter, the Bench added that the same unequivocally spoke volumes of the fact that the respondent-wife had incessantly been filing the complaints. The Bench observed that the husband even had to go behind bars in connection with one of the complaints, resulting in harm and damage to his image and reputation in the eyes of their relatives and the society at large.

The Bench added that it had recently been observed by a three-Judge Bench of the Supreme Court in a case,

The High Court, however, felt that without any definite finding on the credibility of the wife’s allegation, the wronged spouse would be disentitled to relief. This is not found to be the correct way to deal with the issue.

The Bench added that the present case was squarely covered by the observations. In the light of the same, it was held that the respondent had subjected the petitioner to cruelty after their marriage.

Allowing the appeal, the Bench ordered the setting aside of the impugned judgment and decree passed by the trial court. The petition filed by the petitioner-husband against the respondent under Section 13 of the Act was also allowed. The Bench ordered that the marriage, as solemnised between the parties, stood dissolved. 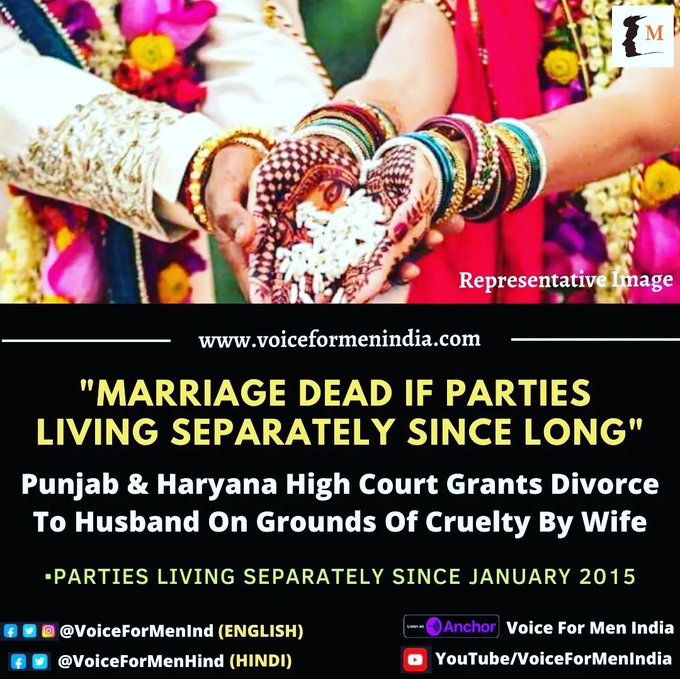