by Team VFMI
in ALIMONY, IN THE NEWS, MURDER, NON TIER-I CITIES
0

Divorce cases between a couple do have an impact over other family members – mostly from the husband’s side. Money and property disputes between estranged couple can lead to terrifying situation by others who are impacted in the ongoing cases. Of course, taking law in your own hands is never justified or encouraged.

In a shocking case reported from Vijaywada in Andra Pradesh, a man was killed by his own brother and father over property dispute.

Chepuri Suresh Babu (38) was embroiled in property disputes with his family members, an illicit relationship with a woman, and a harassment case filed by his wife, which is in court. Suresh, who hailed from Durgi mandal of Palnadu district, was also facing divorce and alimony cases which were pending at court.

According to the police,  on May 10, the victim sustained a minor injury on his head in a dispute that took place in his village.

Taking advantage of this, Suresh’s elder brother Chepuri Venkata Subbarao and his father Subba Ramaiah along with four others – Thumma Srinivas Reddy, Y Ramaiah Kondaveeti, Venkata Ramanacharyulu of Macherla and Damera Ravi of Kotthuru made Suresh consume a sleeping pill as medicine for the injury and took him to a forest area at Kakirala after he fell asleep.

All the accused then killed Suresh by covering his face with a plastic cover, due to which he died of suffocation. Later, Suresh’s body was set ablaze to eliminate all evidence.

Suresh’s brother and father themselves lodge a missing complaint fort their kin on June 29. Police launched an investigation and found out that Suresh was murdered by his brother and father. All the six accused were arrested and produced before the court. 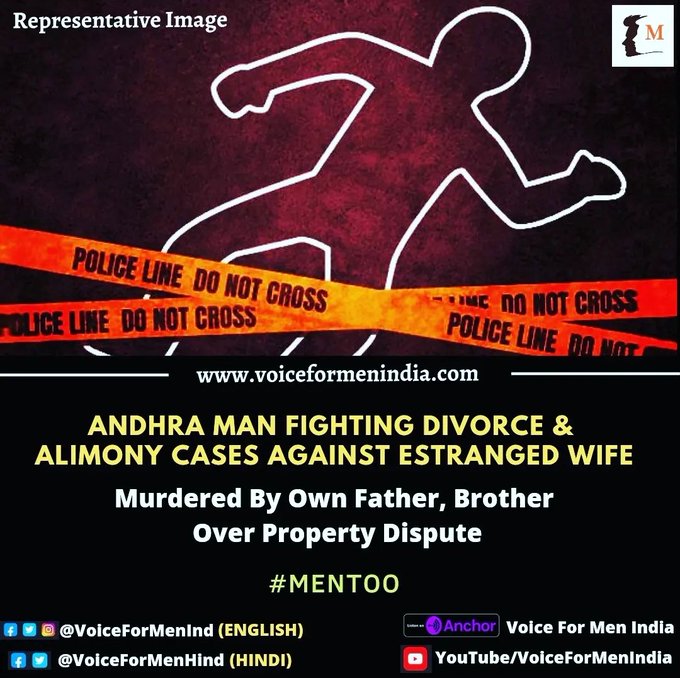