by Team VFMI
in CRIME HAS NO GENDER, IN THE NEWS, MURDER, NON TIER-I CITIES
0
746
VIEWS

Bollywood will constantly make movies on NO MEANS NO – when it comes to women. But, ground realities are equally worse, when disgruntled female partners take revenge if men back out from marriage.

In a recent incident reported from Ghaziabad, NCR, a woman was arrested for allegedly killing her live-in partner because he refused to marry her.

The accused woman identified as Preeti Sharma separated from her husband four years ago and was living with Firoz alias Chwanni (23).

During a routine checking late on Sunday night, the Teela Mod police found Preeti with a black trolley bag. Following a search by a woman constable, the body of a man was found inside the bag,

Preeti later admitted to her crime of murdering her partner Firoz.

Senior Superintendent of Police (SSP) Muniraj G informed media that during interrogation, the woman revealed that it was the body of her live-in partner.

Preeti told police that she wanted to marry Firoz but he kept refusing on the pretext that his parents would not allow him to marry someone from a different community.

When the woman pressured Firoz to marry her, he allegedly called her “characterless” which prompted her to slit his throat with a razor in a fit of rage.

Later, Preeti Sharma bought a trolley bag and stuffed the body inside it. She was on her way to dump the bag in some train at Ghaziabad railway station on Sunday when she was caught by police, the SSP said.

The razor used by the accused in the commission of the crime has been recovered. 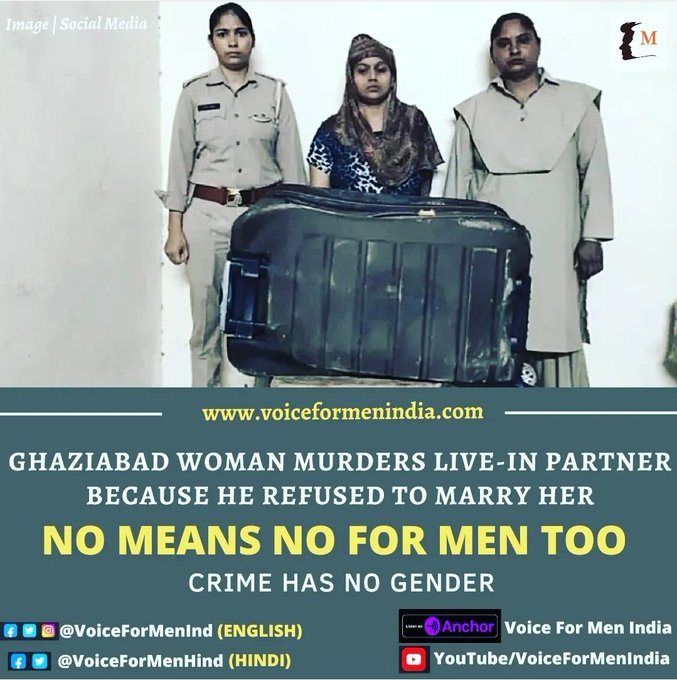