In India, if a wife dies by suicide or even due to accidental death within seven years of marriage, by default the husband and in-laws are booked, and often arrested without investigation.

A recent case from Bengaluru raises questions on the arrest of a married man, after his wife died by suicide on receiving divorce notice.

Nihar Ranjan Routray (software engineer) was married to 34-year-old Upasana Rawat, (HR manager) for the past eight years. The couple was having domestic issues since last two years. The couple did not have children.

On Tuesday morning, Rawat died by suicide after receiving a legal notice for divorce. In a note she left behind, Rawat allegedly blamed her husband’s mental abuse and torture, reported The Indian Express.

Nihar was arrested from Bengaluru’s Varthur on Wednesday.

The husband has been booked on abetment to suicide charges following a complaint filed by the woman’s family.

Speaking to media, an officer said,

We have booked Nihar under IPC Section 306 (abetment to suicide). The probe revealed that Nihar had recorded some videos of Upasana where she was seen fighting with her husband and abusing him. When asked, he said that he was building some evidence to prove in the court that she was abusing him.

▪️Police: "Husband recorded videos of Wife fighting & abusing him. When asked, he said that he was building some evidence for divorce case" 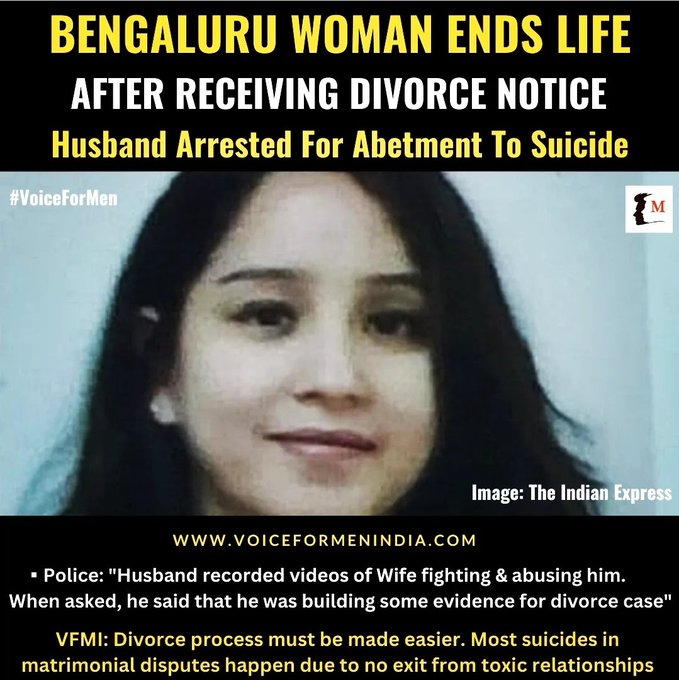 Rahul Agarwal Died By Suicide On May 5, 2022 leaving detailed suicide video accusing wife and in-laws of harassment. Despite arrest orders from HC, wife and family are absconding and police is unable to “trace the culprits” even after nearly 6-months. Rahul’s family continues running around courts for justice.

Rahul Agarwal from Rourkela, Odisha, has ended life due to the draconian Section #498A law. 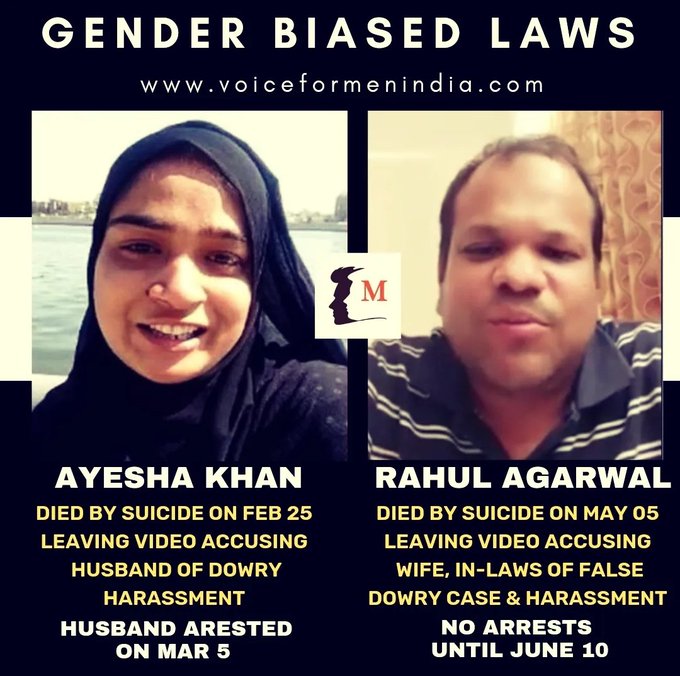