by Team VFMI
in ALLEGED FALSE RAPE, IN THE LAW, IN THE NEWS, NON TIER-I CITIES, OTHER COURTS
0

Rape is one of the most heinous crimes, and every single rape convict must face harsh punishment. However, does that give a license to manipulative women to misuse rape laws to their advantage to fix an innocent man?

In most cases which are proven to be motivated or false, accused men are merely acquitted after years and decades of trial, whereas, there is no punishment whatsoever for the women who file such fake cases.

What comes as a rare order from a court in Assam, is a woman being sent to judicial custody by an Additional Sessions Judge for lodging a false FIR alleging rape.

A woman from Hailakandi, Assam had filed a false FIR under Section 448 & 376 IPC accusing a man of ‘raping her’.

After analysing material on record, the Court stated that the ‘alleged victim’ gave false evidence and demanded a proceeding against the accused man as “she was having a grudge out of a land dispute”.

On July 15, a case was registered against her under Sections 193 and 195 IPC for giving false evidence before the court.

As per an order of the Additional Sessions Judge, the complainant was taken into custody and her father was informed that authorities feared she may try to evade the law. The – earlier victim, now accused woman – was then produced before the Chief Judicial Magistrate.

The Court in its order stated,

Offence of rape is serious in nature. Whenever any such incident is reported, humanity as a whole starts raising protest against such barbarous act and the society demands severe punishment against the wrong doers.

Sometimes, it is felt that some false cases are also filed and for which, the lives of many male persons get spoiled. Court of law is established to deliver justice to the person whose rights have been infringed.

The court or police authorities can’t be used as a tool of oppression to others. Justice demands that whoever abuses the process of law should also get a lesson so that the similar minded person in the society would be deterred from such acts in future.

This sort of punishment will deter the people who lodge false complaints and misuse police and judiciary to settle personal enmity.

▪️Court: "When false cases r filed, lives of many male persons get spoiled. Court of law is established to deliver justice"@himantabiswahttps://t.co/NU5ydTmpbW 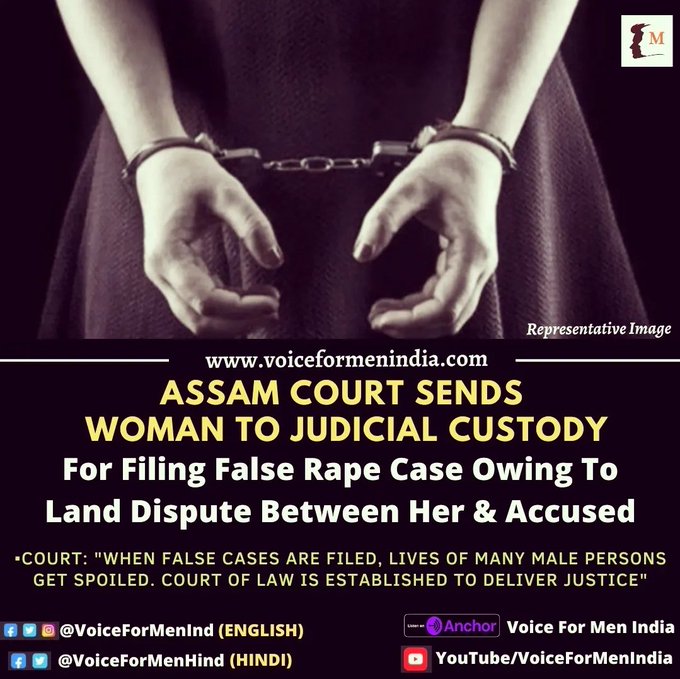