Cyber crimes are on the rise and most often it is the women or fraudsters posing as women who are trapping young men. In an unfortunate incident reported from Pune, a male student died by suicide after he was blackmailed for money and threatened to make his private video public.

A 22-year-old ITI student in Pune ended life after falling for an online scam. The young boy was allegedly being blackmailed by a fraudster for money, who threatened to make his private video public.

The police have now booked an unidentified online fraudster who allegedly used a WhatsApp number with the profile picture of a woman to chat with the deceased, reported The Indian Express.

As informed to media, the student died by suicide on September 30 at his Tanaji Nagar home. The local police initially received a complaint of accidental death and an enquiry was launched in the matter.

Investigation revealed that the victim had several Whatsapp conversations with the suspected fraudster.

As a result of her fear, the deceased transferred the accused Rs 4,500 in several online transactions using PhonePe. But the accused pressed for more cash.

The accuser was asked by the victim to stop intimidating him. Additionally, he announced his impending suicide in a WhatsApp message to the accused. The accused nevertheless threatened to go viral with his video. The victim later died by suicide.

The police have filed charges under:

The accused’s cell phone number and the accounts to which the funds were transferred are both being tracked by the police. Investigation is ongoing. 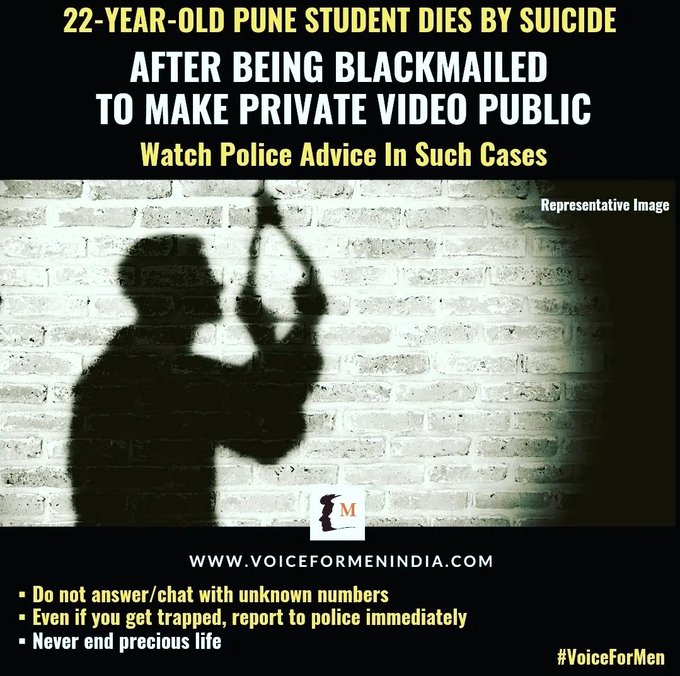 NUDE VIDEO CALLS | Must Watch Advice For All Men