by Team VFMI
in ALIMONY, IN THE NEWS
0

Jammu and Kashmir has been topping the headlines for past one week. Amidst the house arrest of Former Chief Minister Omar Abdullah and others, a twitter user posted an old ABP News Interview where Payal Nath, estranged wife of former J&K Chief Minister is seen speaking to the media, on her maintenance demands while the matter was still subjudice.

We are covering this story purely from a gender angle, especially when Triple Talaq practice was projected as the easiest and quickest way out of a Muslim marriage. 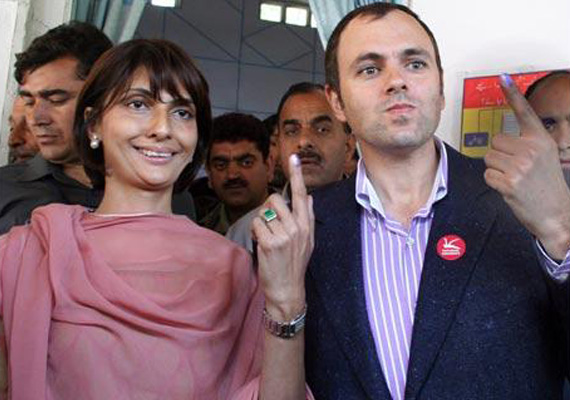 The below viral interview was shot by ABP News in 2016. If we observe in the video below:

Separated from Omar Abdullah wife Payal asked the court that her husband should support her & the kids, demanded ₹15 lakh a month but he refused to give anything. Sister of Sachin Pilot wants the govt. to Beti Bachao ? pic.twitter.com/fI2inVwcAJ

Malvika Rajkotia, advocate representing Omar Abdullah had then spoken in defence of her client, rejecting Payal’s claims. She said, the petitioner wife never claimed for any maintenance in past three years (from 2013-2016), and now when she had no other option, she was using this as a pretext to continue dragging him to court.

The lawyer also claims that Omar had been taking care of his children in his best capacity. Payal herself is a successful businesswoman and thus she cannot file maintenance under Sec 125 since she has sufficient income of her own.

We wonder what couples achieve when they drag cases for years and decades. It is not just them who suffer, but also the interest of children is forgotten while trying to settle score with your ex-partner.