by Team VFMI
in GENDER STORIES, IN THE LAW, IN THE SOCIAL, OTHER COURTS
0

Couple got married in 2018. The accused was arrested after his wife alleged that bored with their sex lives, her husband had forced her to have sex with others he found on dating websites.

After going through material facts on record, the Court observed,

The say filed by prosecution goes to show that alleged sexual relation of victim kept with the witnesses were by consent of both the parties and accused is not concerned with it.

The court added that the co-accused have already been granted pre-arrest bail. The judge remarked,

The investigation is completed and now a chargesheet is filed. The chargesheet is not committed yet and thus the trial will take its own time to conclude.

Looking to the filing of chargesheet, I am of the view that further incarceration of the accused shall amount to pretrial punishment and, therefore, he deserves to be released on bail.

▪️Husband spent 6-months in jail
▪️"Threesome was done with consent of all, accused was present first, later woman established sexual relation with other man on her own"https://t.co/avjFy3N6Cc 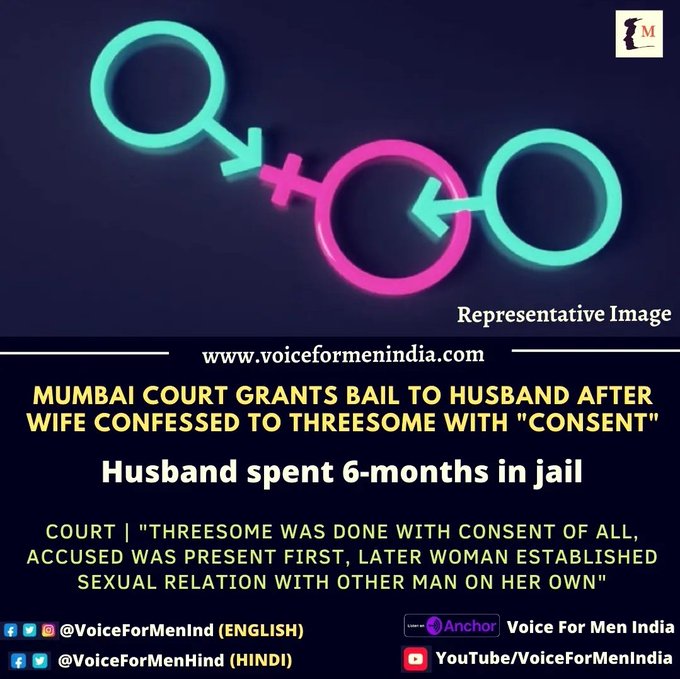