by Team VFMI
in GENDER STORIES, IN THE SOCIAL
1

Amid a raging debate in the Rajya Sabha on Tuesday, India’s parliament has approved a bill outlawing the centuries-old right of a Muslim man to instantly divorce his wife, drawing accusations of government interference in a community matter.

The Muslim Women (Protection of Rights on Marriage) Bill, 2019, popularly known as the Triple Talaq Bill was passed yesterday. The Bill makes all declaration of instant divorce, including in written or electronic form, to be void (not enforceable by law) and illegal.

Key Features Of The Bill

While overall the common sentiments of society have been uniform in welcoming this regressive practice of instantly divorcing a wife, several Men’s Rights Activists have particularly pointed out the consequences of criminalising the same. Here’s what they have to say:

Swarup Sarkar, well-known activist and a TEDX speaker attacks the bill and says the moment men will think about divorce from abusive wives, they will land up in jail.

#TripleTalaqBill is nothing But #Misandry at Best in parliament. By hook or crook send men in Jail,many Hindu cherish today, keep this tweet save, next is yr turn ?The moment Men will think divorce from abusive wife, u will land in jail, tats the logic put by @rsprasad

Amit Lakhani, President, Men’s Welfare Trust, points out how even a petty dispute between the couple will be filed as an FIR under the new act. He goes on to say that husband will not be granted bail unless demands and vengeance of the wife are not satisfied.

#TripleTalaq bill is now through in RS, soon it will be a law where in any petty dispute between a muslim couple will be filed as an FIR under the act & the husband will be behind bar, bail not granted unless demands & vengeance of the wife is not satisfied.@republic @TimesNow 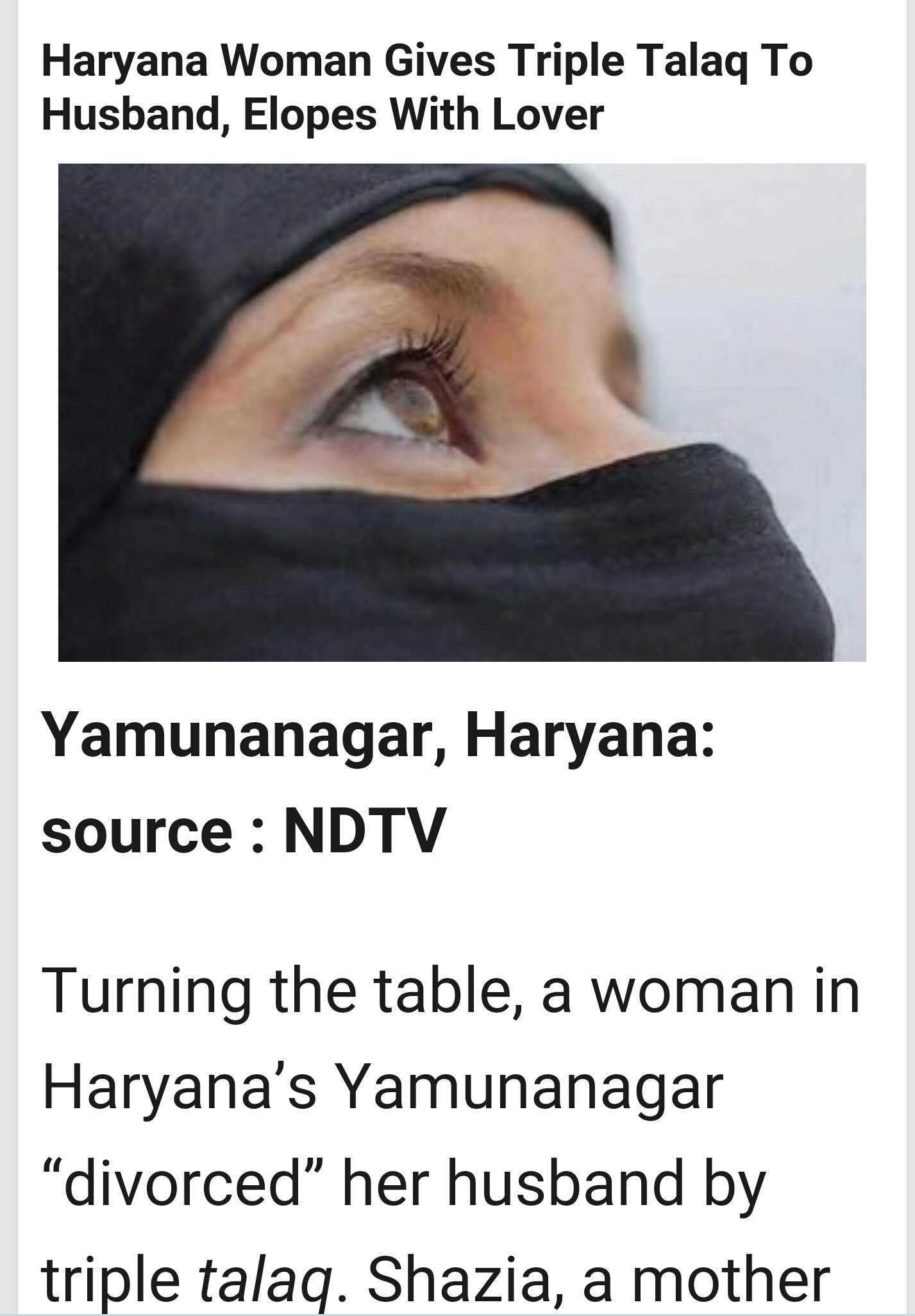 Deepika Bhardwaj, Documentary filmmaker, says how today almost every contested matrimonial dispute is effectively a case of Section 498A. She alleges that main motive behind this section is to send husband to jail and then push him for a compromise to take maximum benefit out of a broken marriage. She does not shy away from alleging a big nexus between the police, lawyers and NGOs to be party to this legal extortion.

Today, almost every contested matrimonial dispute has #498A. Main idea is to send husband to jail & bring him to compromise table to take maximum benefit out of a breaking marriage. Slowly and steadily a nexus of police, lawyers, NGOs will form around #TripleTalaq just like #498A

Amit Deshpande, President, Vaastav Foundation, just poses a simple question on this matter asking what will happen if a woman is lying about the allegation that her husband uttered Triple Talaq?

What happens if a woman lies that her husband uttered #TripleTalaaq?

This law is politically motivated so that the muslim couple are busy in fighting amongst themselves, and for sure it will be misused just like Section 498A IPC and Domestic violence Act. Women can claim otherwise even if the man did not pronounce Triple Talaq. How will Men will defend themselves? How will it benefit Muslim Women? What is the Government trying to prove with this law?

In totality, every matrimonial law should be Gender Neutral and not biased towards just one spouse, in this case, the wife. Bad and abusive marriages for Men are also a reality, however, in most cases judiciary and society always looks only at women as a victim.

Above views are completely apolitical and purely in the interest of Men’s Rights.