by Team VFMI
in HIS STORY, SUCCESS STORY
0

Challenges in life are not supposed to paralyse you, instead they help you discover who you are! Such is the motivating story of Sanjay Sen who becomes a mirror for many in society who cry being victim all the time.

Sanjay Sen is a physically challenged man who works at a government school in Rajasthan under the Shiksha Sambal Project. Sen has been doing this for nearly ten years now since 2009.

Despite his constraints, Sanjay has been pursuing a career in teaching with utmost dedication. He teaches complex subjects like Math, Science and English to kids at the local government school in the state, however, what is extremely moving is his determination to do so despite not having proper facilities such as crutches or wheelchairs. 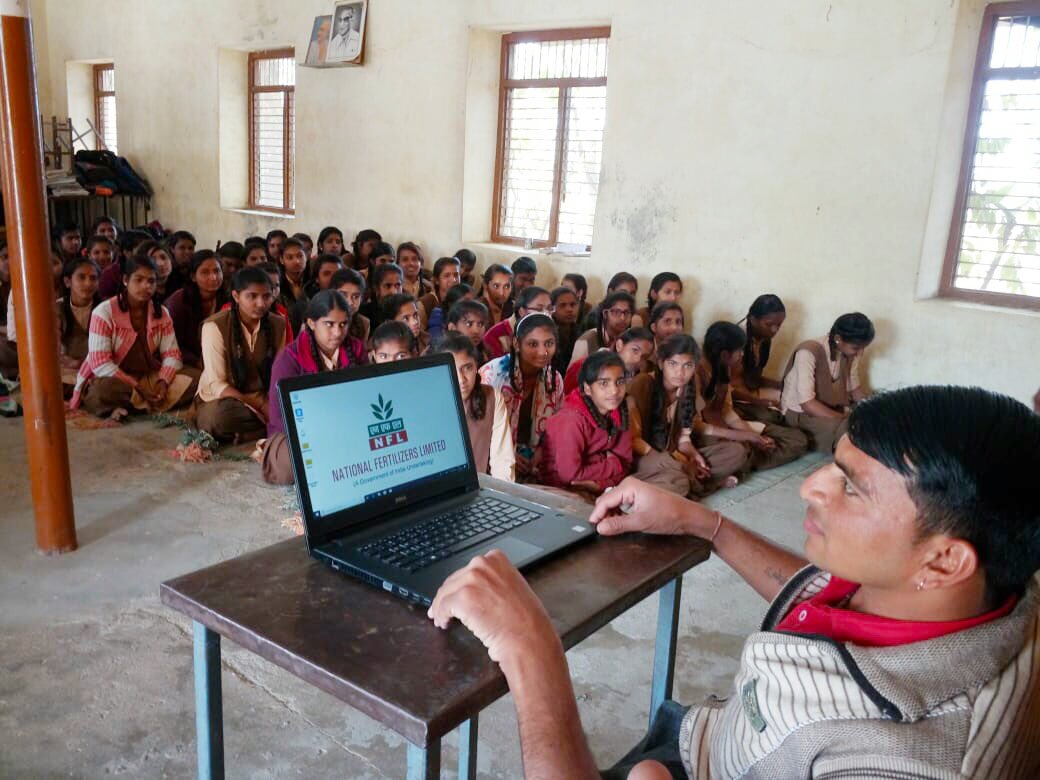 This inspiring story had first been posted by a twitter user Sanjib Ghosh in September 2018 which had gathered tremendous reactions and support for Sen. Several people lauded the teacher for his dedication.

Meet Sanjay Sen, a physically challenged man, teaching at a village school in Rajasthan under the Shiksha Sambal Project since 2009…salute for his dedication.?#Respect ? pic.twitter.com/GuBU8wdjqJ

Many had poured their heart out asking why couldn’t the government or anyone else provide him with proper facilities to do his job with dignity. Here were some of the reactions then:

Can any of our respected ministers take cognizance of this and provide some support/Electric wheelchair to this gentleman..@PrakashJavdekar @narendramodi @smritiirani @BJP4India

@VasundharaBJP
Madam ..
Any wheel chair for him ??

One small suggestion,he should be provided moving Chair so he can write in black board at some upper part,so students can see who seated on last bench.

? hope the school, any NGO or the govt or even his students make/ invent something for him so that he is sitting at the same level as the children so that he can see them clearly and reach the blackboard. Make things easier enabling him to follow his #passion

Sanjay is not just a teacher of subjects, but also teaches us how we should stop being afraid of what could go wrong and start thinking what we can do to make things right. Its not just Sen, but also his family members, friends and everybody around him who deserve a mention as they have encouraged him and given him hope, courage and confidence to fight against all odds.

The viral tweet also reached Anand Mahindra, Chairman of the Mahindra Group who had replied instantly to the same:

What an incredible photo which has lifted my Sunday. Sends such a strong message about the power of education.Not sure if he wants any device, but if he does we will step up. @SheetalMehta we are in the business of ‘mobility.’Can we help this inspirational teacher be more mobile? https://t.co/H1UyUZcXFD

Mahindra and Mahindra Ltd., which celebrates everyday heroes that go beyond beyond their limitations cited this inspiring story and came forward to salute his spirit of dedication. In December 2018, the organisation gifted him a customised Mahindra Gusto, making his commute to the school much easier. Sanjay who conducts four classes each between two schools, said now it will be comfortable for him to cover the distance of 12kms during his daily travel.

Students in rural areas usually struggle with subjects like English, Science and Mathematics (SEM). To top that, often there are shortages of teachers in government schools for teaching SEM subjects, eventually leading to a large number of students quitting school. To discourage kids from dropping out, the Shiksha Sambal project was started by Hindustan Zinc Limited (HZL), in collaboration with the Government of Rajasthan was started.