Word of the Woman is almost final in all sexual harassment/exploitation cases, even if a Man counters that the physical relationship was consensual.

In a recent order dated September 05, 2022 the Punjab and Haryana High Court denied anticipatory bail to a man who has been implicated by his fiancée in a rape case.

According to the accused, their physical intimacy was consensual and the fiancée was also chatting normally with him post the date of occurrence.

The Roka Ceremony of the to be married couple was held on January 30, 2022, and the date of marriage was fixed for December 6, 2022, with the consent of the family.

The fiancée alleged that on June 18, 2022, she was taken to a hotel room by her fiancé, where despite her reluctance, the accused man entered into a physical relationship with her, and also recorded her videos.

The marriage was called off on July 02, 2022, alleging other ongoing affairs of the would be bride.

The fiancée (alleged victim) lodged a case under Section 376 IPC against the fiancé alleging that he raped her on June 18, 2022.

READ ORDER | Can A Man Be Charged With Rape On Promise Of Marriage If He Marries Another Woman? Kerala High Court Grants Bail To Central Government Standing Counsel

It was the case of the petitioner that when his family came to know that the prosecutrix was having love affairs with other male friends, they decided to call off the marriage on July 2, 2022.

The accused fiance accepted that after their engagement, both he and his would be wife had voluntarily visited the hotel at Karnal and their names have been reflected as guest in the records of the hotel. The physical relations were developed with the consent of the prosecutrix.

Even subsequent to the occurrence, the whatsapp messages were exchanged which indicate that it was a consensual relationship.

By placing reliance upon a decision of Hon’ble Supreme Court rendered in Maheshwar Tigga vs. State of Jharkhand, (2020) 10 SCC 108, it has been argued that the relationship was consensual in nature, but the marriage could not fructify and consequently, no case under Section 376 IPC is made out.

Learned State counsel and the learned counsel for the complainant have opposed the bail application on the score that serious allegations of commission of rape have been levelled against the petitioner despite the refusal on the part of the prosecutrix.

Furthermore, the audio recordings have also been presented by the complainant party to the investigating agency and the voice sample of the petitioner is required for proper investigation of the case. Even in her statement under Section 164 of the Code of Criminal Procedure, the prosecutrix has reiterated her allegations.

The Bench of Justice Vivek Puri of the Punjab & Haryana High Court has denied anticipatory bail to the fiancé in the matter and observed,

The petitioner cannot get any leverage to physically exploit the fiancée against the consent during the period intervening the engagement and the marriage.

Whatsapp Messages Do Not Indicate Consent On June 18, 2022

The Court observed that the WhatsApp messages sought to be relied upon by the petitioner were subsequent to the occurrence, and that there was a lack of material to indicate that as on June 18, 2022 (the date of alleged occurrence), the prosecutrix had consented to any such relationship. The Court remarked,

The WhatsApp chat at a subsequent stage may have been exchanged on the score that the matrimonial alliance was existing at that point of time.

However, it does not indicate that the act was committed by the petitioner with the consent of the prosecutrix.

It is not borne out that at any point of time, the prosecutrix has voluntarily consented for the sexual intercourse and it is a case of a consensual relationship.

Reluctance To Marry After Physical Relationship

The Court also took into account the fact that as per information derived from the mother of the petitioner, there was reluctance on the part of the petitioner to solemnise marriage even at the point of time when a physical relationship was developed. The Court said,

There is a lack of material to indicate that there was genuine intention on the part of the petitioner to solemnise marriage and the prosecutrix was the consenting party at the relevant time.

In the peculiar circumstances of the case, it is not made out that it was a case of a consensual relationship…there is a categoric statement of the prosecutrix that the petitioner entered into physical relationship with her, despite her reluctance, refusal, and denial.

The passive submission on the part of the prosecutrix to the act, cannot be construed as a circumstance to hold that it was a case of consensual relationship.

In the instant case, there is a categoric statement of the prosecutrix that the petitioner entered into physical relationship with her, despite her reluctance, refusal and denial.

The passive submission on the part of the prosecutrix to the act, cannot be construed as a circumstance to hold that it was a case of consensual relationship.

In these set of circumstances and keeping in view the gravity of the allegations, no extra ordinary circumstances are made out to grant the pre-arrest bail to the petitioner.

Leave your thoughts on the case below: 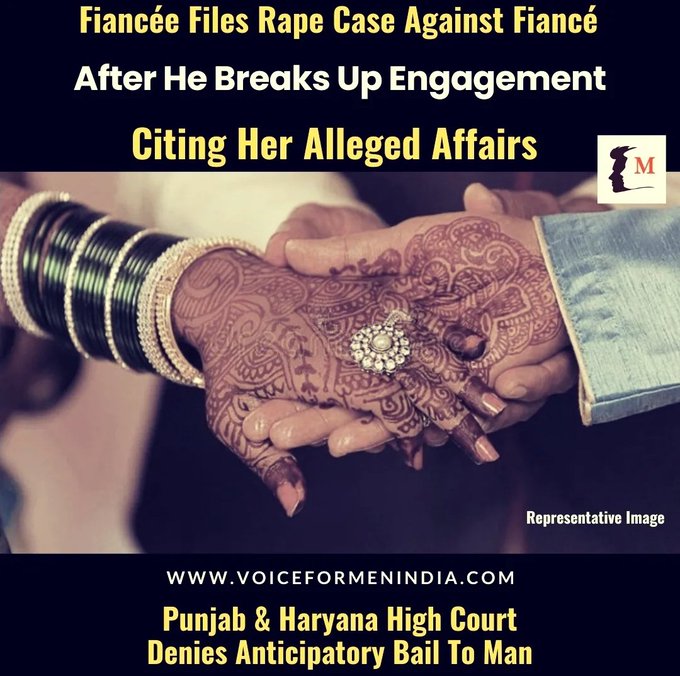