Often, women in matrimonial or divorce matters claim to be the weaker sex who are at the mercy of their husbands. However, same women are smart enough to hack, forge and steal personal data of estranged husbands in order to get a favourable order.

In a case reported from Pune, a builder from the city has accused his wife of stealing his private information from his computer to use it for claiming higher maintenance.

40-year-old real estate developer from Pune got married in 2008 and the couple has two children.

In July 2019, the complainant’s (husband) wife filed a case of domestic violence and divorce at Shivaji Nagar Sessions Court. Since then, the couple has been living separately.

The complainant owns an office in Shukrawar Peth at Pune.

According to him, his wife, father-in-law, and company employees have misused his private data and damaged his reputation. He has also charged them with making illegal financial benefits from the illegal activity.

Since 2011, one employee named Manikant Khona, a resident of Narayan Peth, has worked in his office as an accountant. Mahesh Jadhav, another defendant, works as the complainant’s father-in-law’s helper in the real estate industry. The complainant used the computer that Khona frequently uses at his office in April. He discovered that Khona had forwarded to Jadhav’s email all of his private papers and bank statements. He had also sent the complainant’s father-in-law the balance sheets and trial balance of his company.

Accordingly, the complainant filed FIR against all accused under:

… at the Khadak police station.

In his FIR, the complainant stated.

My accountant gave my father-in-law illegal access to my credit and debit card statements, bank statements, withdrawals, net position, and final balance sheet. My wife used each of these documents in the divorce proceeding. This is a flagrant violation of privacy and confidentiality.

We have been looking into the issue and it was discovered that the wife is also implicated. She had two encounters with the accused, which implicates her in the theft of the data. If anything is discovered during the study, we will add more sections.

FIR: "They got illegal access to my card, bank statements, net position, balance sheet. She used each of these at court"https://t.co/4iUMO38HOx 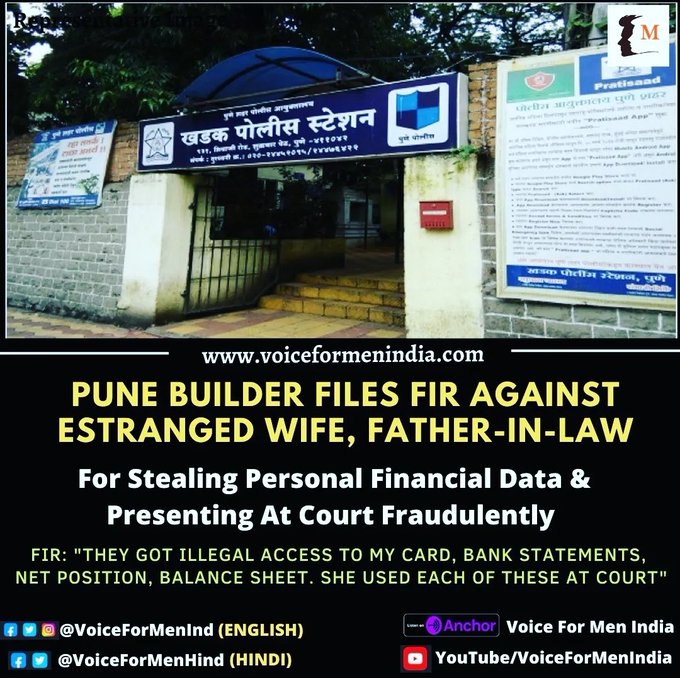