by Team VFMI
in GENDER STORIES, IN THE NEWS, IN THE SOCIAL
1

Deepika Padukone has sparked an online movement with the hashtag #NotMyDeepika among her legion of fans after she was spotted leaving director Luv Ranjan’s home last Friday. There are speculations about her being there to possibly discuss a role in his upcoming film which also stars Ajay Devgn, Ranbir Kapoor and Alia Bhatt in the lead role.

Now, Deepika seems to have upset her fans big time as they do not want her to work with a director who has a label of making so called ‘chauvinistic films’. Her admirers are also enraged that the award-winning actress known for taking up causes such as mental health, equal pay and women empowerment, is possibly contemplating signing on a project with a director who has been accused of sexual misconduct in the past.

Luv Ranjan is not appreciated by many feminists for his kind of cinema that caters to a very specific male audience which isn’t particularly respectful of women. His last film, Sonu Ke Titu Ki Sweety, was often labelled ‘misogynistic’ by critics, who complained about its treatment of Nushrat Bharucha’s character. The film went on to make more than Rs 100 crore at the box office, catapulting lead actor Kartik Aaryan to stardom.

On the other hand, Deepika was hailed by the same set of feminists for her ‘My Body My Choice’ campaign in 2015. A particular remark in the campaign where Deepika depicted women empowerment through her choice to have sex before or outside marriage, could be looked as equally misandric and disrespectful to a man or husband. But equality dies a natural death when it comes to this logic.

My body, my mind, my choice

Now with all eyes on Padukone and ex-beau Ranbir coming together on screen for the fourth time, it will be interesting to see whether Deepika chooses to shut the trolls with “Her Films, Her Choice!” 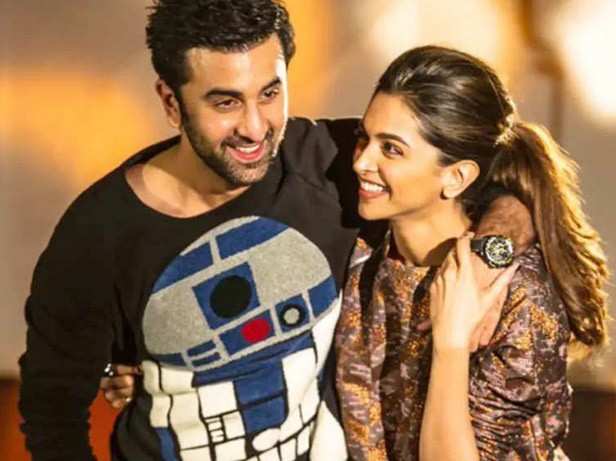 Here’s why #NotMyDeepika has been trending:

Being the top actress of your country you have many people looking upto you, it is YOUR responsibility to set the right example. Are you even aware of how you are gonna promote someone who has sexually harassed other women by working in his film? #NotMyDeepika

#notmydeepika When you work with an abuser, you not only nullify the attempts of the survivors to finally achieve some justice, you also stain your own legacy as well. You’ll lose respect and credentials as an artist @deepikapadukone Don’t do this.

Being her fan for so many years, i’ve constantly seen her live upto her words.She’s not said one thing & done another or gone back on her words.I really really hope it remains the same.@deepikapadukone Pls don’t ruin the reputation & trust that took years to built. #notmydeepika

So Ms Deepika Padukone is basically going to capitalize off survivors of violence against women by doing a feminist film (Chhapaak) while working with people accused of sexual assault irl? I’m fuming. #notmydeepika

#NotMyDeepika – happy to see fans coming together & voicing their concerns about potential decisions their idol is about to take. @DeepikaPadukone – we love you and hope you make the right call.