Causes, Symptoms and Treatment for Leucoderma

Vitiligo or Leucoderma is a condition in which white patches develop on the skin. Any location on the body can be affected, and most people with vitiligo have white patches on many areas.

Patches may occur on one section or all over the body and may join together. Some people also have loss of pigment in patches of hair on the head or body. Vitiligo tends to continue over time, causing larger areas of skin to lose pigment. Vitiligo does not affect physical health, however, concerns about appearance and ethnic identity can sometimes lead to serious psychological, social, and emotional difficulties, significantly impacting quality of life. 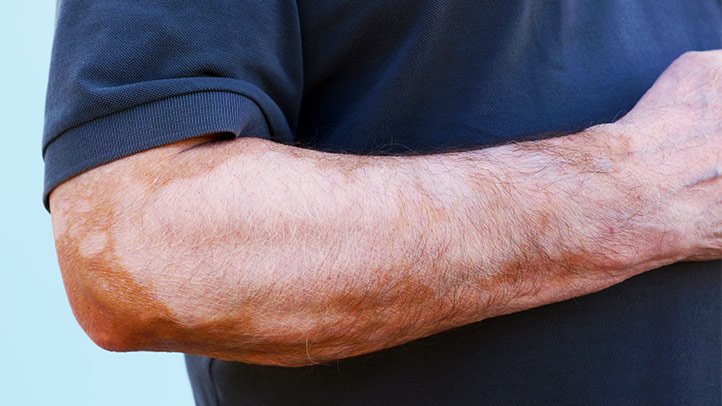 The specific cause of vitiligo is not known. The skin doesn’t have its characteristic color because it has lost its melanin. For some reason, the pigment-forming cells known as melanocytes have been destroyed. It might be an autoimmune condition, where your body’s defenses turn on your own cells instead of attacking invading germs.

Although it can start at any age, vitiligo often first appears between the ages of 20s and 30s. The white patches may begin on your:

They’re often symmetrical and can spread over your entire body. The disorder affects both sexes and all races equally. Although vitiligo can affects anyone, it’s more noticeable in dark-skinned people.

Vitiligo may also run in families. Children whose parents have the disorder are more likely to develop vitiligo. However, most children will not get vitiligo even if a parent has it.

The main sign of vitiligo is pigment loss that produces milky-white patches (depigmentation) on your skin. Other less common signs may include:

Treatment may help make the skin look more even. The choice of treatment depends on:

Current treatment options for vitiligo include medical, surgical, and other treatments. Most treatments are aimed at restoring color to the white patches of skin. 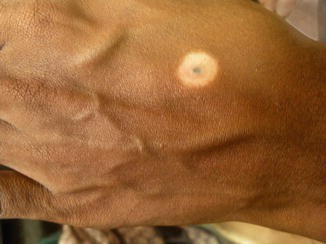 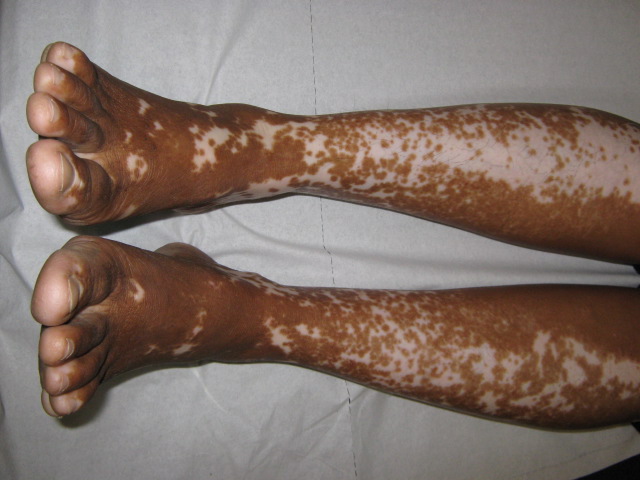