If you are a man then forget Equal Rights, you may be even deprived of basic human rights in India while fighting a divorce litigation. The death of a 25-year-old man in Nashik Central Jail speaks volumes of how our laws favour fully-abled women and pressurise estranged husbands to cough up maintenance even if they are undergoing a medical problem.

Gorakh was unable to work due to an ailment which affected his renal functions, and had no means to pay the stipulated amount. My brother’s kidneys had started failing and he was forced to visit Nashik twice a week for dialysis. I was paying for his treatment.

In the verdict, Magistrate J J Inamdar of Malegaon Court had said,

I have asked the opponent to deposit the remaining amount of maintenance. He answered that he is not having money. On the other hand, his advocate filed pursis that he is suffering from kidney failure. Accordingly, jail authority is directed to provide him with necessary medical aid. Moreover, considering overall circumstances of the present case, it would be just and proper to send the opponent to jail for 11 months in default of maintenance of 11 months.

Gorakh’s dejected family expressed their plight saying that they sent him to jail despite us saying his kidneys were not functioning. They further claimed that Gorakh was not even given basic treatment. His brother concluded,

It is perplexing for us as to how he could have died within two days of being sent to prison.

The Nashik Central Jail authorities, however, claimed adequate treatment was provided to the prisoner.

The maintenance laws in India need a serious review since many estranged wives have made this into a lifelong money making opportunity. The minute any divorce/domestic violence case is filed, the maintenance amount is immediately awarded to the woman, in most cases overlooking her capacity to earn. The burden of financial support is shifted completely on the man with or without his fault and there are many judgements which have actually quoted “Beg, borrow, steal but pay up”.

Supreme Court to frame guidelines to govern payment of maintenance in matrimonial matters. Will they check:

If a woman is able to approach court several times and send her husband behind bars for failure to pay up, she is well capable to earn ‘some amount’ herself. However, ironically no law or court ever emphasises on this aspect, thereby increasing sloths in society. 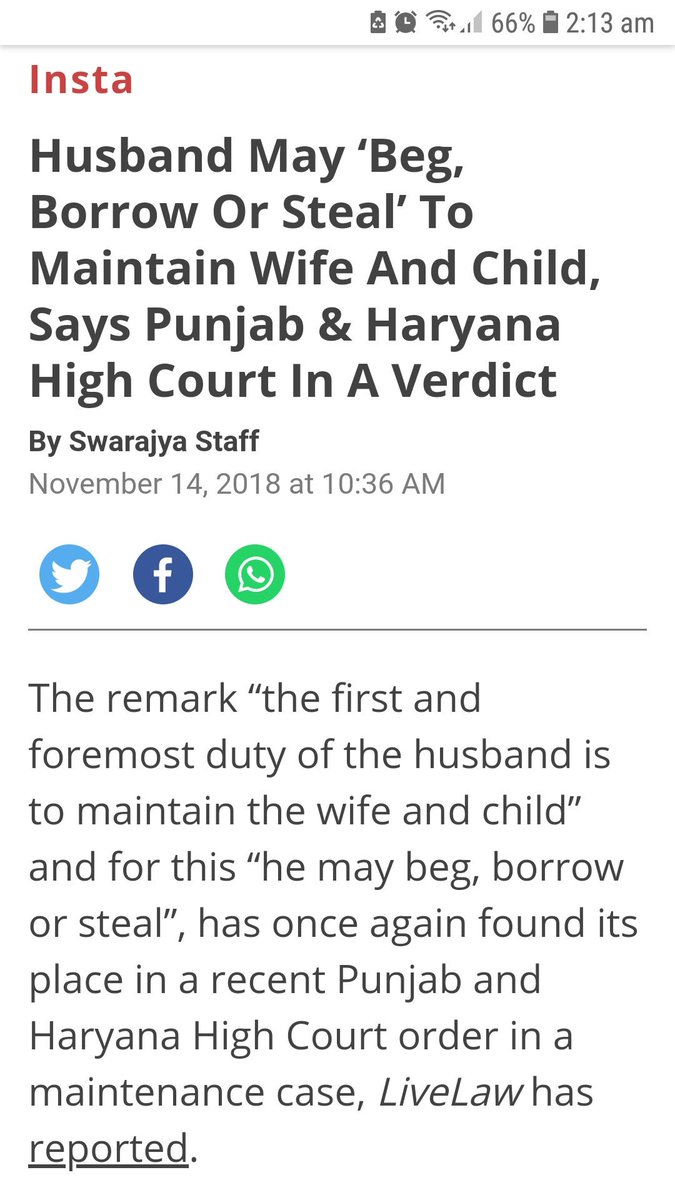