In yet another tragic end to Domestic Abuse of Men, (often brushed off as matrimonial dispute), a 35-year-old man ended his life in Gurugram on Friday. The victim has also left a long suicide note accusing his wife and in-laws of harassing him since many years.

Ashok Kumar got married to Shalini in November 2016 and moved into a house in Palam Vihar at Gurugram, NCR. The couple would fight often over trivial issues. The wife wanted her husband to work for her brother Vinod, which Ashok did not like.

In December 2019, Shalini left the Palam Vihar house and moved in with her family.

Ashok was found hanging from the ceiling fan of his house in Palam Vihar on Friday. He left a seven-page note in the room accusing his wife Shalini and her parents of harassing him for years.

In the suicide note, Ashok alleged that after separation since 2019, he was not even allowed to meet their 2-year-old son, who stayed with his mother. He claimed he was subjected to mental harassment and was even humiliated in public a number of times.

The local police has booked Ashok’s wife Shalini, her mother Sheela and her two brothers Rahul Dahiya and Vinod Dahiya on charges of abetting the suicide. The complaint was lodged by Ashok’s brother, Wing Commander Vijay Kumar Nehra.

Giving his side of the statement to the police, Vijay Kumar Nehra said,

On Friday morning, I got a call from Rahul Dahiya (Shalini’s brother) that Ashok had died by suicide at his house. I rushed there from Shikhar in Rajasthan. When I reached, I saw him hanging from the fan. He was forced to take this step because of mental harassment by his wife Shalini, her mother Sheela, her brother Rahul and Vinod Sharma.

Whenever Ashok said he would move out of Vinod’s firm and work independently, his wife would threaten him with a divorce. Ashok eventually decided to leave Vinod’s company, which soured the ties between the couple all the more.

Ashok made multiple efforts to bring her back, but Shalini refused. She threatened him with a divorce and kept taking money from him.

He was traumatised at every stage. What made things worse was that he lived alone at home.

On Wednesday, Ashok visited his in-laws but was allegedly not allowed to meet his son again. Instead, he was abused and humiliated.

Anil Kumar, the ASI of Palam Vihar police station, said that apart from the note, they had taken Ashok’s laptop and phone from the house. Speaking with media, Kumar said,

The man’s brother lodged a complaint with us. A case has been registered under sections 306 (abetment to suicide) and 34 (common intention) of the IPC against Shalini Dahiya and his family.

▪️"My brother's wife threatened him with divorce, kept taking money from him. He was traumatised at every stage"@narendramodi @KirenRijijuhttps://t.co/VM5Nf2Shp2 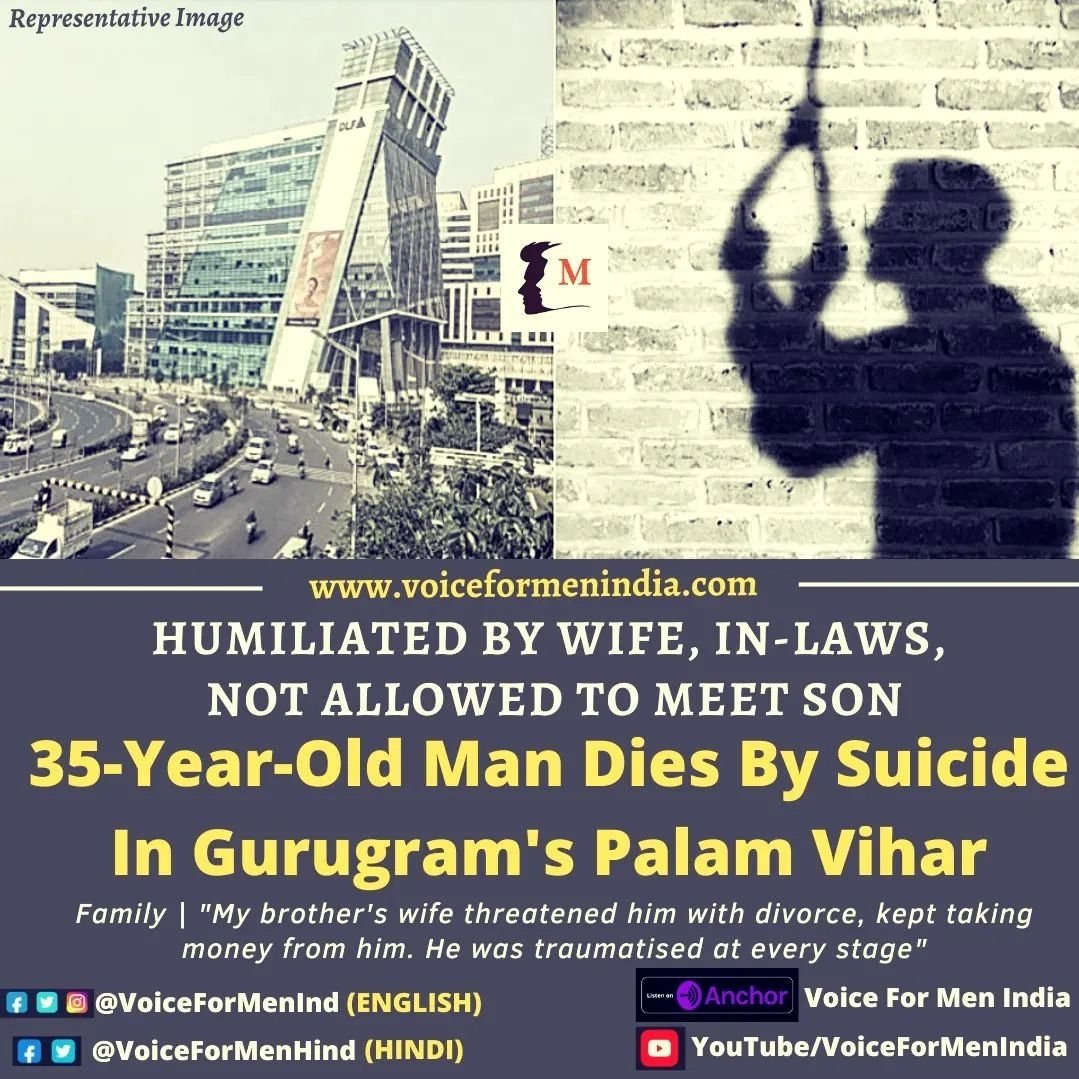 MUST WATCH | SPEAK UP MEN | DO NOT END YOUR LIVES

Rahul Agarwal from Rourkela, Odisha, has ended life due to the draconian Section #498A law.