Trinamool Congress leader Derek O’Brien on Wednesday shared that he was sexually abused as a teenager and urged people to talk about such experiences instead of repressing them. As he participated in a debate in parliament on a law on sexual crimes against children, Union Minister Smriti Irani was among the members who praised his courage to talk about the horror. 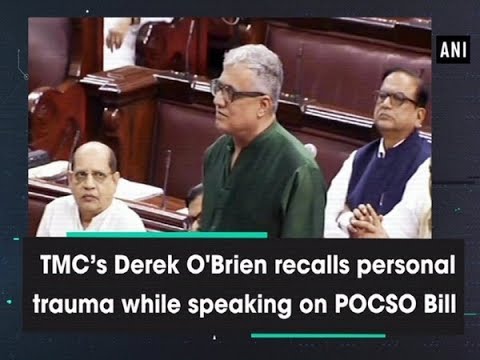 Derek O’Brien, 58, backed the proposed amendments to the Protection of Children from Sexual Offences (POCSO Amendment) bill to include death penalty for aggravated sexual assault on children. He said:

It’s very clear where the abuse starts, it starts at home. People, especially in public life, need to talk about this and start the conversation. The more people in public life that speak about the abuse the easier it will be for children to speak up.

The parliamentarian continued saying he was expressing himself with lot of pride, sadness and hurt:

My family knows and I feel India needs to know. I was sexually molested as a 13-year-old on a bus in Kolkata after tennis practice wearing short pants and t-shirt, I got on to a crowded bus, I was sexually molested. A man ejaculated on the shorts of this boy. I didn’t speak about it. We need to use this forum to reach out to people. The more we talk about it the more children will be saved.

He admitted that it took him many years to talk about the incident and urged other lawmakers to speak up about sexual assault or harassment.

Samajwadi Party’s Rajya Sabha MP Jaya Bachchan too became emotional in the parliament on Wednesday while speaking on the POCSO Act.

While recalling the horrific Nirbhaya incident of 2012, Bachchan said that the first parents were afraid of the girls but now neither the girls nor the boys are also safe. 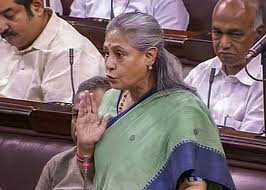 Amendments to the POCSO Bill, 2019 Now, the question remains that if boys as minors are vulnerable to such heinous sexual offences, why do we look the other way when several men talk about molestation and physical abuse as adults. While there are several forums for women even after attaining adulthood, why do we reject the idea of having a similar forum/commission for men who too can be victims of such crimes.

Several men’s rights activists are constantly striving to drive this message across to the government of the day, to sensitise them about male rape, which is also a reality in society.