Virat Kohli Dismisses Rumours Of Rift Between Him And Rohit Sharma

Team India captain Virat Kohli on Monday dismissed speculation that all was not well between him and vice-captain Rohit Sharma and said that it is because of team chemistry that the national side has climbed the summit of international rankings.

The skipper addressed the media in Indian team’s pre-departure press conference and made it clear that there is no rift within the team and called the rumours as “baffling”. He said,

In my opinion, it’s baffling and ridiculous to read such stuff. Public talks about how well we’ve played, and here we’re feeding lies and talking about negative things. I have seen this for too long now. Bringing personal lives into the picture. It’s disrespectful after a moment. There is nothing between me and Rohit.

It all started when news was leaked in the media that a senior player had got his wife to stay with him for longer than the ‘family clause’ of the BCCI allows and that too without the permission of the captain and coach. The only name that people uttered as senior player here was Rohit Sharma.

While the cricket authorities in India have been trying their best to deny the reports, recent news that Rohit unfollowed Anushka Sharma, the wife of Kohli, on Instagram added more fuel to the fire. The actor also came up with a cryptic message to keep people guessing.

These stories have found a firm impact after reports of a rift between Kohli and Rohit occupied public space. It has been alleged that the Indian team got divided between two groups – each loyal to Kohli and Rohit, respectively. It has been said that working style of Kohli and head coach Ravi Shastri is not being appreciated by many members in the team and that Rohit also doesn’t get much of a share of the limelight despite being the vice-captain of the limited-overs sides.

Well since Kohli has given his statement, we must put all speculations to rest, at least as of now. 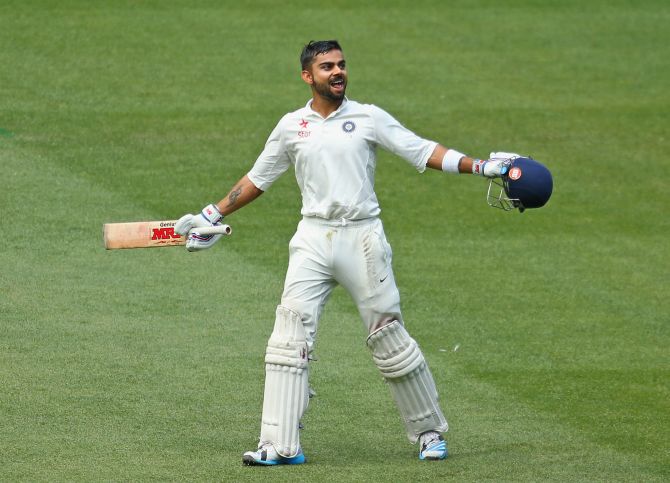 West Indies will always remain a memorable place for Virat. He made his Test debut there eight summers ago. However, along with plaudits, Kohli also carries a question mark to the West Indies this time around. And this one is over his captaincy. His roaring bat had silenced whispers for a long time, but they have started getting louder over the past few months again.