#HusbandMurder in India has become extremely common, where top cause is mainly attributed to wife’s affair or property dispute. Yet another murder of a married man has been reported from Mumbai, where his wife and her lover have been arrested for allegedly poisoning the victim to eliminate him.

45-year-old Kamalkant Shah, a garment businessman, was a resident of Santacruz West. He was married to Kavita (45) since the past twenty years. The couple has two children – 20-year-old daughter and 17-year-old son.

Hitesh Jain, 45, was Shah’s friend, who was also into garment business and lived in nearby vicinity of Vile Parle.

Kamalkant died in October this year. His medical report from the Bombay Hospital, where he was admitted, suggested traces of thallium and arsenic in his body. Thus, police launched an investigation into the matter.

36-Days After Marriage, Telangana Woman Murders Husband Along With Lover; Had Given Him Rat Poison Too

Based on the circumstantial, technical evidence and medical evidence, Kavita and Jain were arrested on the charge of murder on Friday.

Jain and Kavita were having an extramarital affair for over a decade. Due to which Kavita and Shah used to fight. It appears that the two wanted to get married and also acquire Shah’s property.

When Shah’s mother died in June, Jain and Kavita planned to kill Shah. They started mixing arsenic in his food. They gave him poison multiple times due to which his health deteriorated and Shah was initially admitted in CritiCare Hospital in Andheri on August 27.

The hospital authority had informed the Santacruz police, who recorded the statement of Shah’s sister Kavita Lalwani. Shah’s sister suspected foul play in his death.

A case of accidental death was later transferred to the Mumbai crime branch in October and Unit 9 launched an investigation by recording statements of Shah’s wife, Jain, and a few relatives and friends. Based on the evidence, a murder case was registered and Kavita and Jain were arrested. Both of them were produced in the court and remanded to police custody till December 8, the officer added. 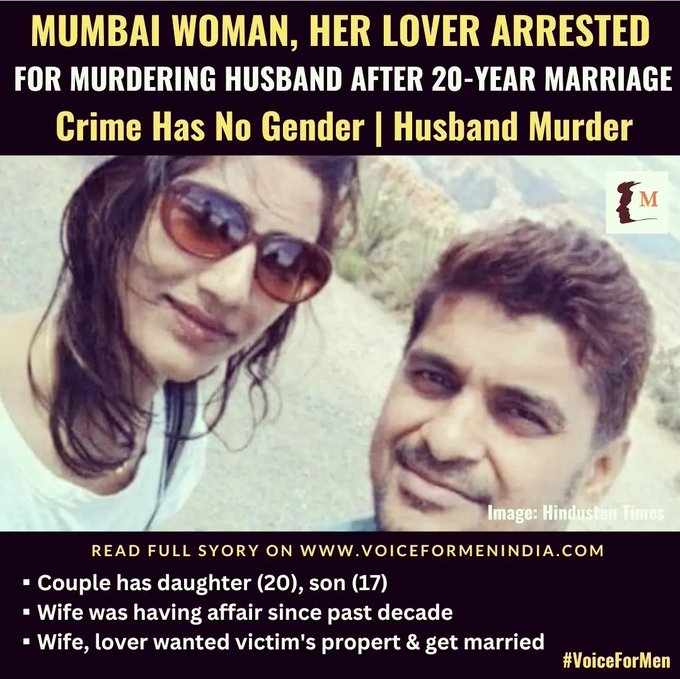 When I Caught My Wife In Adultery, She Left Me & Snatched Away Our Kids | His Story