The men had nowhere to go and an Indian Air Force helicopter soon flied in; so as to rescue the stranded men. The entire nail biting operation was recorded LIVE. The men were there to fish and a sudden increase in the river’s flow due to heavy rains left them stranded. The men were then picked up from an under-construction bridge over Tawi river which flows through Jammu.

We received info at 12pm that some people needed to be rescued, by 12:29pm helicopter was here. Our Garud Commandos went down and put a hook on fishermen, 4 people were rescued in a short span of time, the operation was successful. 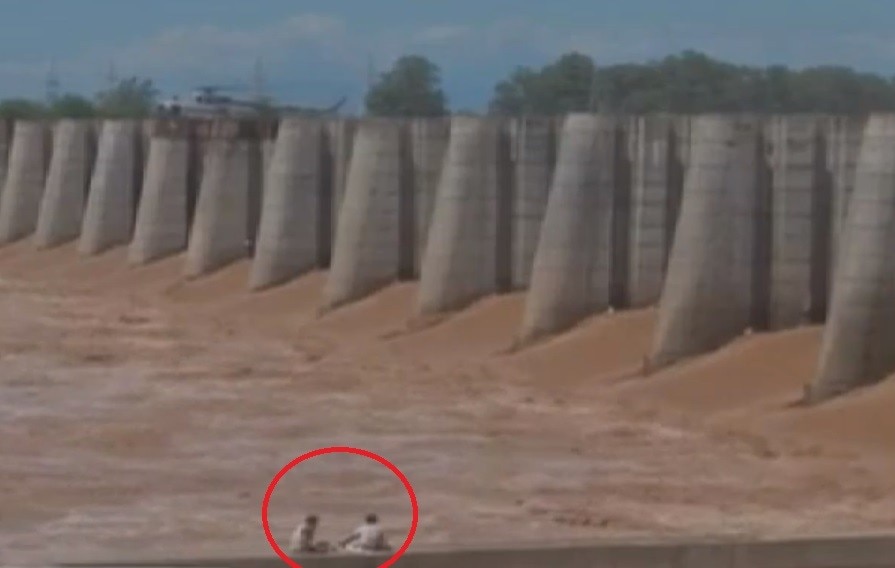 Two of the men rescued sought refuge on a pier attached to one of the under-construction bridge’s pillars. Chilling visuals from the river side showed the men swimming in the river and climbing on to the pier to save themselves from getting swept away in the flowing river.

An Indian Air Force helicopter was immediately pressed into service to rescue the men. The IAF chopper made attempts to rescue the men but was initially unable to do so as one of the ropes broke. The IAF crew member is then seen gesturing to the pilot of the helicopter, after which the men are pulled up to safety. The rope is lowered again to pull up the IAF crew member, bringing daring and heroic rescue mission to a successful end.