A 38-year-old woman from Delhi was allegedly kidnapped by five men in Ghaziabad and gang-raped for two days. According to the police, all five men were known to the survivor.

One of the accused, identified as Shahrukh, has been arrested, the police added.

On Tuesday, the Ghaziabad police were alerted about a woman lying near the Ashram Road that connects the satellite town to Delhi. The woman refused to be examined at a government hospital so the police took her to Guru Teg Bahadur Hospital and registered her complaint.

According to the police, the woman was returning to Delhi after a birthday party in Ghaziabad on Sunday and was dropped off at a bus stand by her brother. While she was waiting for the bus, a car approached the woman and five men dragged her into it, the police said. They took her to an undisclosed location and allegedly raped her.

Swati Maliwal, Chairperson: Delhi Commission for Women, has issued notice to the Ghaziabad senior superintendent of police asking for details of the accused. 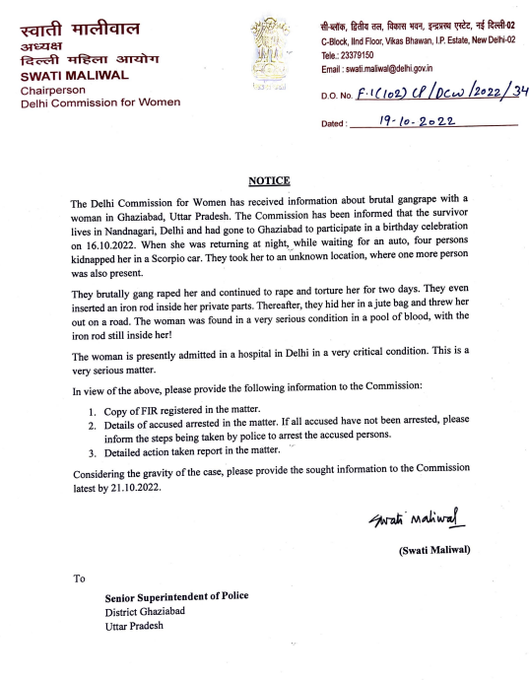 Maliwal also released a video narrating prima facie details that have been shared in the media.

DCW Chairperson said that the woman is in a “very serious condition with an iron rod still inside her when she was admitted”. Maliwal added that “the rod was later removed with grave effort by the hospital authorities.”

However, the hospital has a different version where they have denied any internal injury to the woman. As per a report by NDTV, the hospital said,

No internal injury has been found till now.

It is being said that they (survivor and accused) have a property dispute and the matter is sub-judice. We’re taking all necessary action.

Voice For Men India remains sensitive towards the victim until all details are clarified after thorough investigation.

▪️@SwatiJaiHind: Vicim was admitted in serious condition with rod inside her 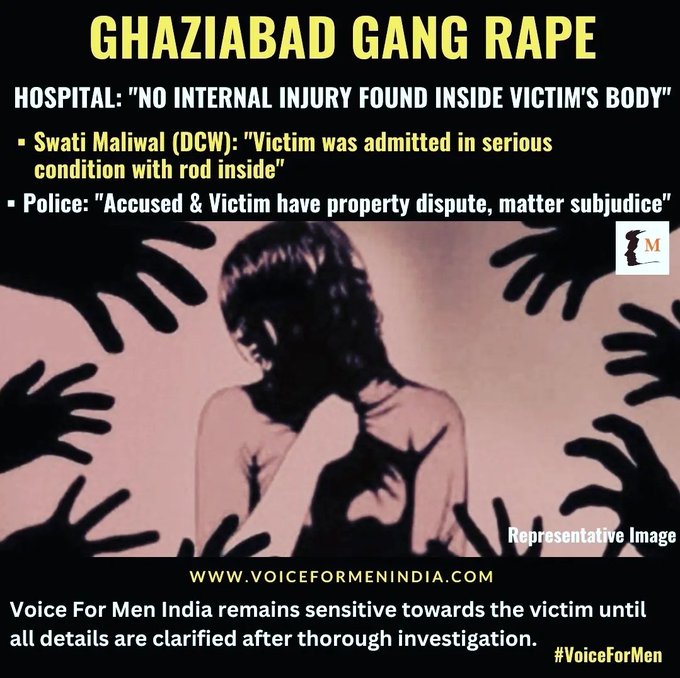